AWS Graviton2 - A Game-Changer for the Cloud Industry

While taking over the chip manufacturer industry, Amazon concluded the launch of Graviton2 at an AWS re:Invent event. Amazon's domination in the chip business may not bode well for other prominent processor manufacturers like AMD and Intel.

Nevertheless, the tech giant announced its server chip launch that can be used for streamlining processes in the cloud. This announcement summoned interest worldwide as the Graviton2 processor has set a benchmark in the cloud chip technology.

What is AWS Graviton?

The AWS Graviton are processors that are personalized to support the Amazon Web Services. It is built using 64-bit Arm Neoverse cores to deliver the highest price performance for the deployed cloud workloads on Amazon EC2.

The Amazon EC2 conforms to the most in-depth and most comprehensive range of computing processors. The range contains models that are fueled by Intel processors and state-of-the-art AMD.

The AWS Graviton2 processors enhance the features of the combine and grant a vast number of options to process customers' workload for better performance at a lower cost.

The first-generation AWS Graviton processors power the Amazon EC2 A1 models, the very first Arm-based instance on Amazon Web Services. These instances are competent to provide drastic cost savings as compared to traditional cases for scale-out purposes like

The latest Graviton2 processors are highly advanced in terms of its performance and functionalities compared to the initial AWS Graviton processors. The processors fuel Amazon T4g, C6g, R6g, M6g instances and the variants via local NVMe-powered SSD storage.

AWS Graviton2 delivers enhanced price-performance by 40% in comparison to present generation x86-fueled processors. This is suitable for a comprehensive portfolio of workloads, like

The first generation Arm-based (A1), Graviton-powered EC2 processors were revealed by Amazon at re:Invent 2018. Graviton was established on 64bit Armv8 Cortex-72 microarchitecture that included 2MB of L2 cache for the four quad-core clusters.

Many organizations deployed the Graviton instances over the last couple of years to test and run various scale-out workloads. Graviton was created for running a few instances and was restricted only to operate workloads such as serverless Lambda functions and messaging.

However, Amazon was astonished by the growing adoption of Graviton among many companies. The Independent Software Vendor (ISV) and the Operating System Vendors (OSV) communities were some of the Arm architecture's early adopters to embrace the A1 instances.

AWS reported that its M6g instances deliver up to "40% higher performance at 20% lower cost." This overall equates to a 40% improved price/performance compared to AWS M5 instances. AWS Graviton2 processors offer a significant leap with their performance capabilities over the first-generation (A1 series) AWS Graviton processor instances. 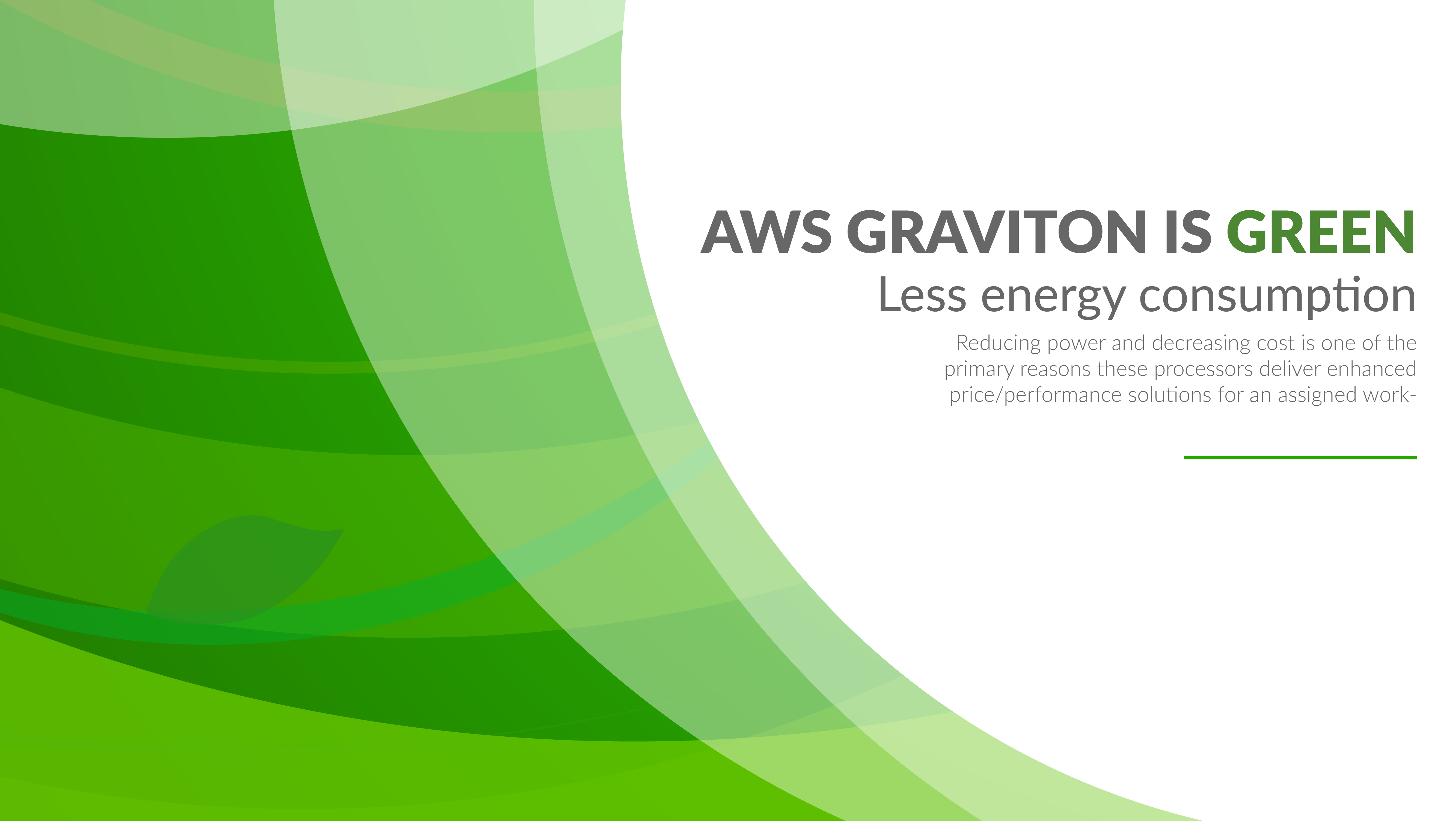 Mobile computing transpires to stand as one of the most critical market segments for Arm instances, the notable leaders of the low power operations. Reducing power and decreasing cost are the primary reasons these processors deliver enhanced price/performance solutions for an assigned workload.

The Arm-based supercomputer ASTRA was earlier bought by the Department of Energy. The Department intends workloads concentrated on the memory processor and Cavium Thunder. It has excellent memory interconnect performance and therefore ends up delivering superior performance.

Why is AWS Graviton2 a game-changer?

With 40% better price/performance than x86 processors, the AWS Graviton2 is declared to be a game-changer in the industry.

One of the main reason for Graviton's outing is the drastic enhancement in the present x86 Amazon EC2 C5 instances.

What does AWS Graviton mean for the future of PHP?

AWS is operating together with the PHP community to conduct significant advancements in the PHP software stack performance.

By employing the AWS Graviton2 based processors, the latest release of PHP 8.0 presently delivers up to 37% faster execution time than the previous version.

This enormously reduces the cost of running PHP Apps such as WordPress, Drupal, Laravel, and Symfony, among others, on AWS Graviton2 based processors.

A better Zend optimizer for Arm64

The Zend optimizer improves performance by up to 30%. It is a component of the PHP runtime system on a range of Zend micro-benchmarks. It was not enabled for execution on Arm instances until PHP 7.4. AWS added Arm64-specific components to various functions of the PHP interpreter.

PHP 8.0 is released with more advancements for Arm64: an enhanced upper/lower function increases performance by up to 16.5%.

PHP 8 is released with a new JIT compiler. The Just-In-Time Compiler optimizes the PHP byte-code in the Opcache. It is currently being developed on X86. It is established on Lua's JIT and supports ARM64. AWS is operating with its PHP developers to tune and enable the Opcache JIT in PHP 8.0 to get the best performance on AWS Graviton processors.

We have benchmarked the processing and execution impact of the software modifications to the PHP interpreter by performing the standard micro-benchmarks allocated with the Zend optimizer: bench.php and micro_bench.php.

The measure was a performance run on a 4 vCPUs Graviton2 M6g.xlarge and a 4 vCPUs Intel M5.xlarge processors on a fully loaded server with a CPU utilization of over 75%, and the execution time of M6g processors improved by up to 37% between PHP versions 7.3 and 7.4.

In the next benchmark, we have tested a blank WordPress installation's scalability to see how it performs on the M5.xlarge and M6g.xlarge instances. With PHP 7.4 and PHP 8.0, we served about 18% more requests per second.

Combined with the 20% lower cost of M6g instances, running PHP 8.0 and WordPress provides up to 34% better price/performance on M6g vs. M5 instances.

M6g processors can provide cost-saving benefits across the board of users. They are 20% cheaper on a per GB scale. This is mainly advantageous to those selecting machine size based on available memory.

Additionally, some M6g processors can be over twice as cheap when it comes to the cost of work. Evaluating the computing cost and performance, the m6g.medium proves to be most worthy of your dollar.

Examining at straight-up performance, the m6g.large is 1.65X faster than m5.large and 1.45X faster in comparison with the ‘xlarge’ processors.

Therefore it is clear to understand that not only can M6g.large processors provide a significant performance boost, but also offer substantial cost savings!

Arm-based instances function faster and consume less energy than Intel/AMD processors; therefore, major companies like AWS and Apple are going all-in with Arm-based processors. We can see that the AWS Graviton processors are about 20% cheaper than the Intel ones.

On top of this cost-saving feature, there are performance enhancements that run the PHP up to 40% faster on the AWS Graviton than on the Intel-based instances in the benchmarks. Therefore even the world's fastest supercomputer Fugaku, is also using Arm-based processors.

With this, it looks like Graviton2 has lived up to its claims when put to the test. With competitive pricing, AWS Graviton2 will be making its mark in the cloud business.

By going forward with MGT-Commerce, You will be able to harness the best performance of the latest technologies along with the benefits of Amazon Web Services. In other words, MGT-Commerce is one of the most flexible platforms for hosting eCommerce applications on AWS Cloud. It can provide you with a highly scalable, highly reliable, and low-cost infrastructure platform.

This article has covered all the basics to introduce AWS Graviton2 and its outstanding processing features. We hope you clearly understand AWS and all the benefits it would bring to a Magento store.

If you feel there should be an improvement in what I have demonstrated above; Or if I have missed out on any information, please feel free to mention that in the comment section below; we'd be happy to learn from you as well.

Until then, you can Contact Us for a free consultation or demo on our AWS Graviton powered Magento Hosting Server!

With a master in Computer Science, Shraddha Singh has a lot of thoughts about Technology and the Cloud Services Industry. An Indian native and a professional Technical writer, she gets her management skills from IIT-B.

Get the fastest Magento Hosting! Get Started